112 days until I quit my job – whew that’s a scary thought. I woke up today at 3:45am to get started updating a client’s advertising campaign. It started last night and isn’t running as planned, so I tweaked the CTA and made a few other updates. I linked his campaigns to LeadsBridge, my favorite tool for using Facebook Lead Ads. Today’s performance should be better.

Waking up early has giving me a leg up on where I would have been otherwise. I’m not rushing to get out the door and catch the train. I’m also getting weird looks from people when I tell them I get up between 3:30 and 4am everyday. I wear it with pride. My ambition is driving me and I’m not going to be ashamed of that.

It’s supposed to snow tomorrow so I should be able to work from home and get even more work done in the morning. I’ll be missing out on another work party, but trains and snow don’t always equate to reliable transportation. I hate wasting my time so sitting and waiting for 45 minutes more than usual is not ideal.

The time I’d be on the train to and from work can now be set aside for me to get some things done, which is nice. Plus, I get so much more done at home without people walking up to my desk or visiting when I didn’t respond to an email they sent 5 minutes before.

Lately, I’ve been chasing the motivation and drive I had last January (2016) after I broke up with my ex. I moved out on my own to a studio apartment and only had to worry about myself.

I was on my game – worked productively and got shit done. I was running regularly, working towards my goals, and all around felt great. That faded after about 3 months. I’m doing alright now and still getting things done, but not like that. It’s been months and months of trying to find that feeling.

2 grand was enough to get me running in the right direction. You had to fill out a form telling them what you did by Saturday at 1pm (48 hours after the webinar). I had taken notes on the webinar and so I sat down and just grinded for 3 hours on Saturday. When I say grinded, I mean I didn’t even THINK about going on Facebook.

I was in a state of flow for sure – it almost felt like I was playing a game. And I guess in a sense I was. I made so many positive changes to BOTH of my websites. I didn’t end up winning the $2,000 but I was so proud of myself for getting to that place again – I felt that energy and excitement about my work again. YES.

Last Wednesday I was contacted by a random stranger to buy this site. I’ve had these emails come through before, but for some reason I responded this time. I hadn’t touched the site in a long time and it was just sitting there idle, so I may as well sell it, right?

I reached out to a few other people who said that was a great offer, considering the site was not making more than $40 a month. I got ready to respond and say we had a deal – after all, I’m going to Australia in June and need the extra money.

But I couldn’t do it. I’ve been working on the site for 2.5 years, a lot of blood and sweat went into building it, and getting my articles picked up by other sites. I’m an internet marketer, I KNOW I can do better than that.

Plus, I started realizing I could share this story with you all. Yes, I’ve stopped aggressively paying off my debt so I can pursue my entrepreneurial dreams, but that doesn’t mean the site has no purpose anymore. And yes, even if I can’t share this until I put in my two weeks notice, that doesn’t mean I can’t write and publish them later.

This was when I decided I’d share my story of leaving my job to venture out on my own, the rough times I’ll inevitably face and hopefully some good ones.

This Monday my supervisor brought me downstairs towards the HR department…I knew I was in trouble for something. Then we passed it and kept going to the cafeteria. Honestly, for that split second I thought that I was getting fired was kind of relieving. Anyway, no firing today. She sat me down and told me one of internal “clients” had complained about my work lately.

We had been going through a serious website redesign, the kind that should take 2 years but the big man decided 1 is enough…and it was for not just one, but 5 websites.

I was sure everyone understood the severity of this and that deadlines would be missed and 1.5 hour meetings weren’t feasible to attend.

There was a helluva lot of SEO effort that went on behind the scenes.

My supervisor and direct team understand the workload, because even thought I am the sole SEO here, the web team was literally pumping out pages as we have thousands on the site.

It’s frustrating to think I worked my ass off for the last five months to make sure our organic traffic didn’t tank, and I still received complaints. And you know what, I wouldn’t change anything – because we were able to keep 90% of the organic traffic our site gets…traffic that generates REVENUE.

Different departments don’t understand the work everyone else does, and I think that’s a flaw in many big companies. I guarantee there are things the said complainant does that helps me and I have no idea. THAT drives me crazy. I bet we could all understand one another better if we did.

Plus, each department has different goals….period. What’s best for the company isn’t what the department goals are based upon and that is very frustrating. I think is what causes a lot of silo’s in many companies – everyone is working towards different things.

Anyway….I am excited to think I can soon work towards things that actually move the needle and help small business owners grow vs pumping out reports that don’t. 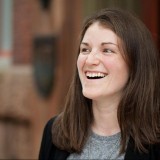