This is my set of notes from listening to Episode 1378 of Mixergy with Andrew Warner. You can check out more notes from podcasts that I’ve compiled here.

Jason Nazar started DocStoc in 2007 with Alon Shwartz. They sold DocStoc to Intuit for $50 million in 2013, of which he ended up taking home around $10 million. Intuit eventually shut down DocStoc in 2015.

Jason is now running Comparably, a site that allows you to see ratings of companies you might want to work for and compare your salaries with folks just like you.

How Life Changed With $10mm

Jason feels like life didn’t change that much after getting around $10 million to himself after the deal. He says the most interesting learning from that experience was that “you’re still just as good looking, you’re still as out of shape. The people that love you, do and don’t love you.”

He felt like he got more time back and had more resources to do the things he wanted to do instead of just doing the things he had to do out of financial necessity.

He really tries to growth hack life to be able to do the things he loves doing and have other people do the rest. That way he can focus on his passions and enjoyable activities as opposed to doing everything.

While this might initially sound cocky and that he’s saying “oh just have those lower people do it”, I actually think he makes a stellar point. We should all be doing what we love. Some people I’m sure love going grocery shopping and so why not do it AND make a living by picking up items for other people who don’t love it as much?

When pitching investors for fundraising, the most important things to cover are (in this order):

Most people spend so much time talking about features and benefits, what they’re doing and not enough time about that list above. You’ll lose the investors interest right away if you talk about the stuff you’re excited about that they can’t relate with.

DocStoc started as a free service where you just had to give your email address to download the documents, but later they changed it to a subscription model. Jason says that at scale, you kind of have to understand that some people will join, download everything, and then cancel. It’s just the nature of the market.

Jason believes that entrepreneurship is a young person’s game. At 50, working til 12 and 1am every night and working weekends likely won’t be plausible. He already feels a lot less stamina at 38 than he did when he was 28 years old.

He maintains his relationships by working most of the weekdays and giving his spouse as much time as he can for her on the weekends. On a typical weekday he’ll go home at 11pm and give her an hour and then go back on the computer for an hour or two. He also says she’s an extremely supportive person who understands the lifestyle.

What I need to learn more about:

Maslow’s Hierarchy of Needs – while I understand these needs on a basic level, I ALWAYS hear business owners talking about this concept and so I feel like I should dive deeper and figure out how I can relate this to my business and everyday life.

You can listen to this episode of Mixergy here and please leave your own comments about what you got out of the interview as well. I would love to connect and chat more because entrepreneurial journeys seem to get lonely – and I still have a full-time job! 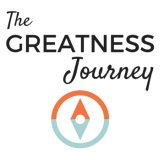